It appears the mystery of the Kenwood D710 going deaf is solved...
This blog:
http://www.amateurradio.com/kenwood-filter-fault-fix/
has a link to the withering filters explanation:
http://sv8ym.blogspot.com/2010/07/mysterious-case-of-withering-filters.html
and a link to the solution:
http://sv8ym.blogspot.com/2010/10/lift-withering-spell-off-those-ceramic.html
73
Bill - WA7NWP
Posted by WA7NWP at 5:01 PM No comments: 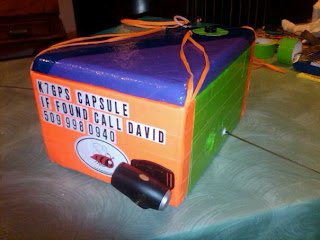 
I've just uploaded v2.89 to the website and Files section.

This version has a lot of changes:

Separate transmit and receive sound cards can now be configured.

Fast and slow CPU options can now be selected.

It has the latest version of the MMVARI sound card engine (first update in 5 years).

The program can with fast CPU selected run 24 simultaneous receivers receiving a selection of modes including PSK-63, PSK-250, QPSK-63, QPSK-125, QPSK-250, GMSK-63, GMSK-125 and GMSK-250. The CPU load is higher and it will only run on PC's faster than 500 MHz due to the amount of number crunching and text string munching that the program is doing.

With slow CPU selected the CPU load is similar to earlier versions with only PSK-63, PSK-250, GMSK-63 and GMSK-250 being received. The slow version will also send on any selected mode but will only receive on the centre frequency with slow AFC.

The delay before an ACK is transmitted has also been extended by 300 microseconds as it was too fast for some transceivers.

1) UIview does an excellent job as an igate. Contrary to the previous posting on this thread that two-way igates are difficult to set up, the default settings in UIview make it almost trivial to place a two-way igate on the air with next-to-zero impact on the RF channel.

2) Two-way igates DO NOT indiscriminately flood the RF channel with traffic from the APRS Internet System. Unless you go out of your way to explicitly edit a control file in UIview, the program only "reverse-gates" (i.e. Internet-to-RF) messages addressed to specific callsigns --- NOT generic APRS traffic such as WX beacons and position reports that are "broadcast" to everyone, and not reverse-gate to stations that are not in the immediate area.

3) On the "Setup, APRS Server Setup" dialog, locate the area in the upper right of the dialog that says "Gate RF To Interenet". Check "Open the gateway" and "Insert station callsign". In the area just below this ("Gate Internet To RF"), check "Gate local messages" and "Use reverse digi path" .

4) The option "Use reverse digi path" causes UIview to override the normal "Unproto Address" digi path set in "Setup, Station Setup" for the station's own beacons, when reverse-gating messages. Instead, messages sent to stations heard by the igate directly (i.e. not via digipeaters) will be transmitted to RF with NO DIGIPEATER PATH AT ALL.

8) As a mobile travels cross-country, it will move out of the local range of a given igate, and into the range of another one. When an igate stops hearing the mobile LOCALLY (it might still hear the mobile via several digi hops), the digi will then age the mobile's call out of it's table of "recently heard stations" and will stop reverse-gating any messages to/from that mobile. Hopefully by this time, the mobile is now within the "local" range of another igate which will take up the task of reverse-gating. [This process is very similar to a traveler with a cellular phone moving from one cell site to another.]

Note that the stations in question don't have to be messaging for these decisions to be made. The igates make the determination of "local" and "recently heard" based on the periodic "one-way" position beacon transmissions the station is normally making anyway.

8) One-way igates break this symmetry of send/receive. A mobile originating a message will get INTO the Internet system through a one-way igate, but the reply (ack) can't get BACK to him. The originating mobile responds by cluttering the RF channel with endless automatic repetitions of the message in a vain attempt to get an ack back. In other words, one-way igates can create MORE congestion than two-way ones!

Further the Internet (or remote RF station) being messaged can't reply to the incoming message he just received.